Is Self-Storage Overbuilding Imminent in Australia? A Prominent Operator Examines the Market

Despite high property prices, new self-storage projects continue to spring up across Australia. The managing director of the Kennards Self Storage brand questions whether overbuilding is on the horizon and offers a performance overview of existing operations.

Despite high property prices, new self-storage projects continue to spring up across Australia. The entrepreneurial spirit is high “down under,” with many established operators adding new locations, and small and new investors entering the sector.

The investment metrics for new projects are increasingly marginal, but the lack of alternative opportunities and the continuing capitalization-rate compression are still justifying new development—for now. Is overbuilding imminent in this well-established market? Let’s look at local operating performance and other factors.

Mixed Results for the REITS

There are two real estate investment trusts (REITs) with assets in Australia and New Zealand. National Storage REIT (NSR) is a pure self-storage REIT, while Abacus Property Group is a diversified REIT with self-storage as one of its significant investment sectors. They both reported end-of-year finances on June 30, which is when the fiscal year ends in Australia. 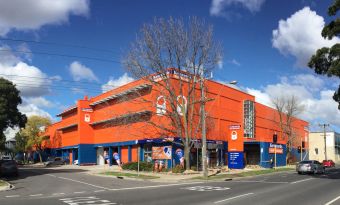 NSR has seen an increase in occupancy in Australian locations to 77 percent, and an increase in revenue per available metre (REVPAM) by 5 percent. The company’s same-store results in New Zealand have experienced an occupancy reduction from 76.3 percent to 71.8 percent in the past 12 months, while REVPAM is stable.

NSR continued its acquisitive ways, completing $138 million in purchases between July 2017 and June 2018, as well as a $285 million buyout of Heitman LLC's 90 percent interest in the Southern Cross Storage Group joint venture. That transaction set a new benchmark for capitalization (cap) rates in the Australasian self-storage industry, with a passing yield of 5.8 percent. The portfolio consisted of 26 established and stable storage facilities, trading at occupancy of 74 percent.

Acquisitions have led NSR’s total asset value to grow to $1.1 billion. Its annual report also reveals an improvement in cap rates from its annual valuation update, with those rates down .38 percent to 7.86 percent.

Abacus owns $629 million in self-storage assets. Its recent reports have shown an occupancy increase to 89.2 percent and a REVPAM increase to 2.2 percent. The company added three new storage sites to its portfolio, taking it to 62 overall. It now has 302,000 square meters of net leasable area. Abacus storage valuations have also seen a reduction in cap rates, down .3 percent to 7.7 percent. The firm also indicates an appetite to grow through acquisition and new development.

The Australian consumer has been under cost-of-living pressure with rising energy prices, housing and many other increases. This appears to be biting many retail sectors, which see lower spending and report suboptimum performance.

Urbis, an Australian firm that advises property developers, owners, investors and others, has been tracking self-storage prices and occupancy since 2008, and publishes the “Urbis Storage Index” twice per year. The December 2016 report revealed some softening in occupancy and prices in Australia. In contrast, Auckland, New Zealand, continues with strength. The report states:

Results for the 12 months to December 2016 reveal a continued downward trend in area occupied for East Coast Australia facilities. The decline of 1.13 percentage points supports the Urbis view that occupancy expectations have “topped out.” Average occupancy at the end of the year for sample facilities for the East Coast of Australia was 86.71 percent.

Auckland remains the standout performer in terms of storage fee rate growth for the year, recording a 6.15 percent increase. The Melbourne Outer Zone experienced the second largest increase at 3.69 percent for the same period.

With 26 years of almost uninterrupted economic growth in Australia, the memory of recession has long faded for many, and there’s an entire generation of adults that haven’t even experienced one. Some observers worry this is lending a false sense of security and infallibility to peoples’ investment decisions. 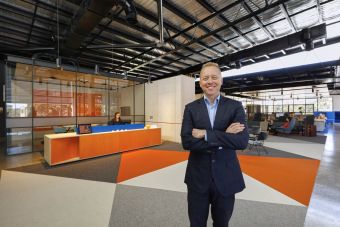 Asset prices are booming. There’s strong appetite for property assets of all kinds, and self-storage is getting much interest, including new development. Despite the mixed economic signals, there’s noticeable increase in building in Australia and New Zealand. Existing owners and new entrants are jumping in to develop new sites and accepting lower returns to secure properties.

The REITs are looking to build and small syndicates have emerged to develop. My company, Kennards Self Storage, will open five new properties in 2017. In addition, we have several expansions and redevelopments planned for existing locations.

There are opportunities for operators who appreciate the market and opportunity at a micro-level. However, it’s highly likely that some markets will see too much new development too quickly. It’s inevitable that an overabundance of new supply will emerge in some areas.

In addition, lenders in Australia have recently hardened their view on lending to many segments. Unproven new entrants to the storage sector are finding it more difficult to obtain financing. This might quell some of the oversupply risk.

Urbis is developing a new tracker that will maintain a live list of known incoming self-storage supply. This will improve the visibility of new projects and enable investors to more fully assess their prospects.

Sam Kennard is managing director of Kennards Self Storage. Founded in 1973, the company operates more than 85 facilities across Australia and New Zealand, with more than 575,000 square meters of lettable space and a market-asset value exceeding $1.4 billion. It remains a private, family-owned and -operated business. For more information, visit www.kss.com.au.