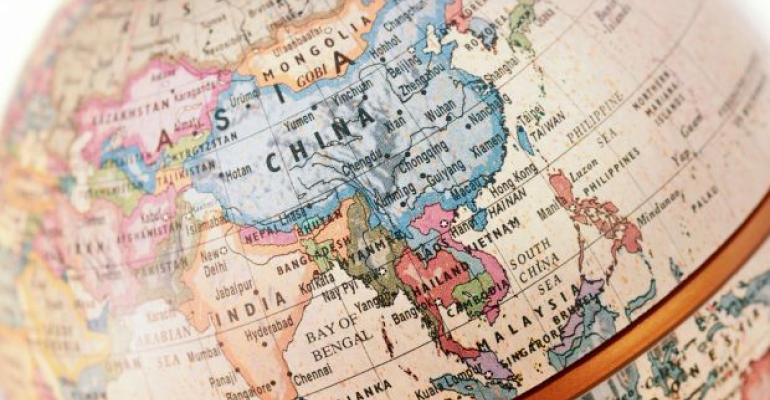 The annual Self Storage Expo Asia 2017 highlighted why Asia offers the greatest expansion opportunity for the self-storage industry in the world today. While the market faces several challenges, including spreading awareness about self-storage, operators attending the show report demand for the service is growing.

I once again had the privilege of attending the Self Storage Expo Asia 2017, organized by the Self Storage Association Asia (SSAA), in Hong Kong, May 16-19. Truly a world event, the expo brought together operators, investors and interested parties from more than 20 countries. In addition to providing education and networking opportunities for Asian self-storage professionals, the show highlighted industry growth.

"The annual Self Storage Expo Asia is getting more and more attention from global investors and suppliers thanks to the immediate opportunities available,” says SSAA Executive Director Luigi La Tona.

After attending last year’s conference, I felt this region may offer the greatest expansion opportunity for our industry in the world today. This year’s event confirms my observations. We knew little last year of what was happening in China. Today we know there are, perhaps, between 150-200 facilities, with most of these coming on line in the past four years. “China represents an enormous market, with strong potential to grow even larger than the U.S. market. It’s less crowded and with less competitive threats than the U.S. market at the current time,” says Charlotte Sun, founder and CEO of Locker Locker Self-Storage Co., which operates a facility in Shenzhen, Guangdong Providence, China.

With 20 cities with populations in excess of 10 million people—and the Chinese government authorizing new cities that will grow exponentially—the storage industry is poised to explode in the region. “Since Shenzhen is a city in the south of China right across the border from Hong Kong, it has naturally gained a lot of advantages over any other cities in China,” Sun says. “It has the highest middle-class income earner and highest GDP level in Asia. Dramatic growth in property markets also drive self-storage needs and demands are very high.”

The city is also attractive to young people who are eager to learn and develop in different areas, particularly in technology-development business. “The city is highly respected as the Silicon Valley in China,” Sun adds.

What has evolved in these past few years is a “test tube” experiment, with some facilities as small as 60 units and operators limiting facility sizes to no more than 200 units, to see how the market reacts. What has become evident is a resounding success with nearly full occupancies and staggering rental rates.

It’s not just China where the phenomenon is occurring, either. Taiwan, Thailand, Malaysia, The Philippines and India were all represented at this show by pioneering entrepreneurs.

“Like any other emerging market, the biggest challenge for storage operators in India is to educate the consumer about the concept of storage while making sure they spend their marketing budget in an efficient way,” said Ameya Davda, co-founder of Space Valet in Mumbai, India. “Being one of the youngest markets in the world, all existing and new players should, in fact, work together and spread awareness in the market about the idea of storage in general.”

Spreading awareness is a common theme heard in all corners of the world. There’s no question this is the biggest challenge operators in emerging markets face. However, it’s evident that the more quality products by quality operators that are developed, the better the spread of a positive industry face. It’s conferences like this, held annually around the world, that help educate and encourage locale entrepreneurs to develop responsibly.

David Blum owns and operates Better Management Systems LLC, a consulting practice he launched in 2003 to assist self-storage professionals worldwide with issues of development and management. He’s worked in Europe, Greece and Israel, and currently has clients in Mexico, South America and the United States. Since entering the industry in 1996, he’s worked as a district manager for Storage USA and vice president of operation for Budget Mini-Storage in South Florida. He helped co-found the Florida Self-Storage Association in 1998 and is a frequent contributor to industry publications. He can be reached at 954.255.9500 or [email protected].