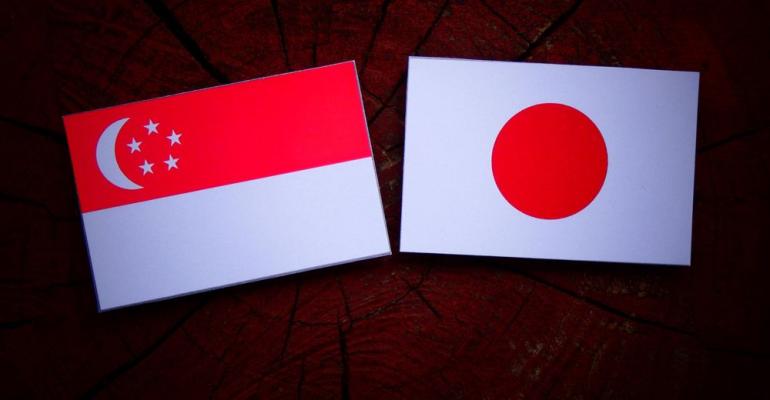 After a pandemic-caused hiatus, the Self Storage Association Asia (SSAA) and Rental Storage Association of Japan celebrated triumphant returns with events last month. SSAA Executive Director Andrew Work shares a recap of the happenings and offers an outlook on Asia’s thriving self-storage market.

Asia—finally—assembled! For the first time since COVID-19 brought self-storage gatherings to a grinding halt, two of the largest industry associations in the region brought members and colleagues together again this year in Singapore and Tokyo.

November saw the events run in consecutive weeks, with many delegates hitting Tokyo, Nov. 9-10, before jetting south to Merlion City, Singapore, Nov. 14-16. The following offers a recap of the events, plus an overview of these two storage markets.

The mood was ebullient as friends, operators, investors and suppliers came together. In Singapore, the three days featured the inaugural Investor Forum, benefitting from Singapore’s role as the regional capital of real estate investment trusts (REITs), its real estate investment community and its central role to self-storage in Asia.

Investors new to the sector learned about the $1.5 billion self-storage fund from GLP Capital Partners, which launched simultaneously with the event. Education on Asia opportunities began with an address from Stephen Spohn, CEO of Quraz (based in Japan, Asia’s largest market), with a call back to reports that self-storage companies were “puking cash” in returns to investors. That elegant metaphor still holds, as investors are rewarded more handsomely than in other real estate sectors.

The release of the preliminary results from the 2022 SSAA Annual Survey Report reflected member optimism, with many across Asia planning to expand their portfolios and raise rates. The survey collects data from members on performance statistics and expectations. The results are anonymous and analyzed by the Singapore office for JLL Valuation & Advisory Services to produce the annual industry benchmark for operators and investors alike. 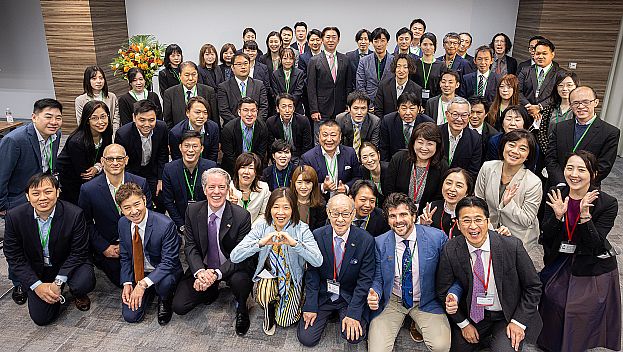 The confidence was reflected in new market developments including the announcement of Asia’s first self-storage company to launch an initial public offering (IPO). Storage Asia PLC, operating under the brand i-Store Self-storage, launched its IPO in December.

“Storage Asia Public Co. Ltd. will list on Live Exchange of Thailand [The Stock Exchange for small- and medium-sized enterprises and startups] later this year to provide capital for our growth plans across Thailand. We will be the first in Asia, and provide an option for investors to join in our growth and learn more about investing in our industry,” says Pakdee Anivat, CEO of Storage Asia.

Money Flows In and Out

Investors and operators attended the SSAA event from across Asia and farther afield. For the first time, there were participants from Estonia, Saudi Arabia, South Africa and Spain. They compensated for a lower than usual showing from China, where strict COVID restrictions make departure and re-entry complicated. The Middle East (often dubbed “West Asia” by industry insiders) was well-represented and suggests the region is about to take off.

The investment connections between Europe and Asia were also examined. Federation of European Self Storage Associations Chairman Alberto Serrano Rivas, who’s also CEO of Trasteros Plus, spoke on a panel about Europe during the Investor Forum. Later, he noted, “The links between Europe and Asia are only strengthening as investment flows from both regions to support operator growth in the continents. Asian capital flies more under the radar while major funds, like Partners Group of Switzerland, are driving expansion with operators in Singapore and Australia.”

A Festive Feast of Firsts

In addition to the new Investor Forum, the event also featured a number of other firsts including a tour of a valet-storage facility (Beam Space), a robot and facial-recognition driven site (Storefriendly Singapore) and the first self-storage facilities featuring edible gardens (Lock+Store and Storhub). These showed how operators are innovating to use technology and answer local aspirations for companies to align with their customers’ and community’s desire to store with operators in step with their values in environmental and social priorities.

A visit to upscale traditional hawker stalls under the lights of the spectacular Marina Bay one night was succeeded by the always top secret “Experience Night” that drew on Singapore’s Indian heritage. In the aftermath of both evenings, chaos ensued, but everyone made it to the conference (and their flights) on time.

Tokyo Kicked It Off

Japan is the biggest self-storage market in Asia and their leadership was on display as they celebrated the 20th anniversary of RSA. A panel of Japanese and international speakers took the stage to educate operators before lively nighttime programs.

A special tribute was paid to founder and current representative director (and former secretary general) Tokuo Yoshida. Chairman Michinobu Tada and the RSA board, along with visiting SSAA board members and countless members of the Japanese self-storage community lined up to shake hands and take a photo with the man who has dedicated a large part of his life to supporting the growth of the industry and presenting its face to the government and the Japanese society as a whole.

Remember Why We Do It

SSAA Chairman Helen Ng, CEO of Lock+Store, opened the SSAA event the next week in Singapore by reminding everyone about the “why” of self-storage: “When we talk about the four Ds that often spur people to use self-storage for the first time, it could all be summed up in one: distress. When hospitals needed storage space for [personal protective equipment] during COVID, we were there. When small businesses were struggling to survive, we were there with flexible solutions for their inventory and as they worked from home. When families had kids home from school and desperately needed space, we were there,” she says.

The fast-growing sector in Asia will continue to be there as people need storage to make their lives complete.

Andrew Work is executive director of the Self Storage Association Asia, which is dedicated to helping self-storage operators, investors and suppliers who work in and are interested in the region. Among the group’s offerings is the annual Self Storage Expo Asia. For more information, email [email protected].