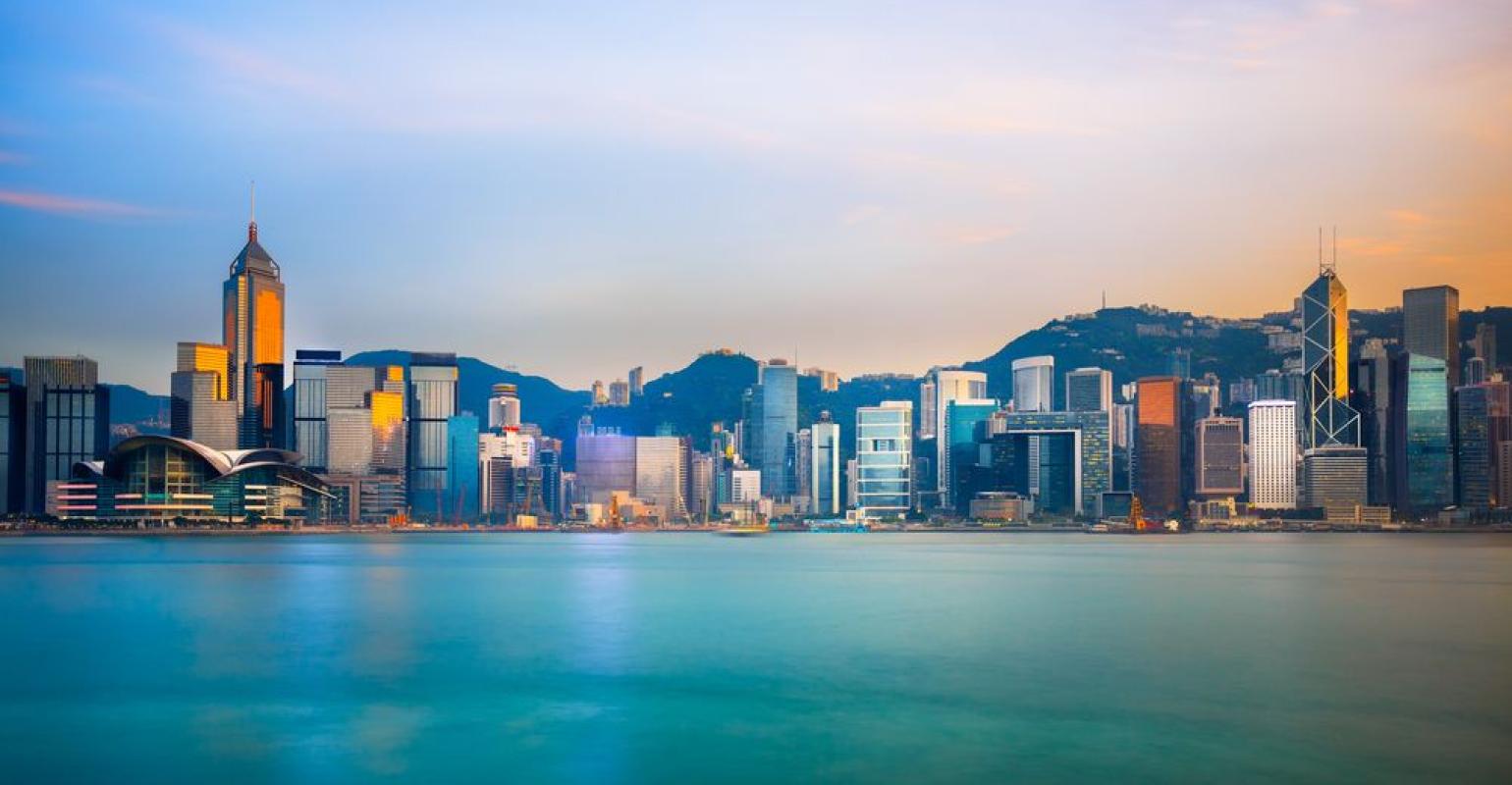 Self-Storage in Hong Kong: Struggle Despite Demand and Growth

The appetite for self-storage is on the rise in Asia, particularly in the large cities of Hong Kong. Still, even with such momentum, the industry faces challenges to growth. Read about trends in use, development, regulations and more.

Regionally, the Asian self-storage industry is still in its infancy but gaining momentum. The core investment markets—Japan, Hong Kong and Singapore—have had the greatest exposure for the longest time, but even these areas are undersupplied relative to their Western counterparts. Over the last few years, the industry has also found its footing in Mainland China, Malaysia, South Korea, Taiwan, Thailand and Vietnam.

Following are insights to the Hong Kong market, based on my experience founding and operating RedBox Storage Ltd., which has five facilities in the city.

In Hong Kong, higher residential prices and changing demographic patterns have resulted in smaller living quarters. The average amount of living space per person is around 160 square feet, a quarter of the average in Australia or the United States. The increasing prevalence of micro-apartments and an acceleration toward co-living are, in turn, driving the demand for self-storage.

What makes the sector particularly compelling for an investor is the limited supply. Self-storage per capita in Hong Kong is approximately 0.6 square feet compared to other developed markets such as London (1.3 square feet), New York (3.4 square feet) and Sydney (1.9 square feet), according to Self Storage Association of the United Kingdom.

While market fundamentals are undeniably attractive, the industry remains fragmented, with the potential for the right operator to act as a consolidator and establish a leadership position. InfraRed NF, a Hong Kong-based real estate investment fund operated by a joint venture, acquired a 90 percent stake in RedBox from E3 Capital Partners last year, committing $55 million for acquisitions across Hong Kong. This capital has been successfully deployed in Tsuen Wan, Tuen Mun and Yau Tong.

The majority of the Hong Kong customer base is still residential, with more than 80 percent sourced from surrounding homes. We see this changing over time with the growth of “just in time” work places. We see strategically positioned facilities having a role to play in the last-mile logistics chain or providing a place of work for online e-traders or sole-proprietary traders. Singapore is leading this trend through groups establishing co-sharing in their storage sites. This is common in the United Kingdom and U.S. It’s a trend we expect to spread across the larger facilities in Asia. 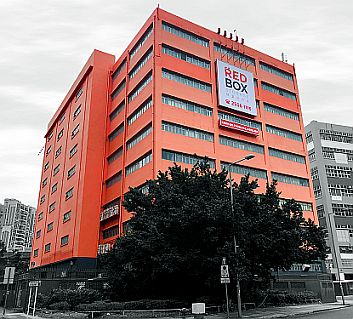 The Asia self-storage market isn’t mature enough to accommodate new, purpose-built self-storage facilities. This is likely as much about the value of the underlying real estate as it is about the sector itself. Across the region, self-storage makes use of older real estate assets, be it industrial spaces in Hong Kong and Singapore, grade-B offices in Japan, or basements in China. From a pure real estate investment perspective, this repositioning of older asset classes—for a higher and better use—is where value creation can occur. We don’t see this changing for the foreseeable future.

In reality, all the above elements are affecting exponential growth, but to expand on a few:

There’s no point in owning a Ferrari if you don’t have the fuel to make it go. Third-party funding for platform expansion isn’t freely available, as the demands of the institutional investor aren’t always aligned to the operational needs of the business. The market is polarizing to the big and the small with few opportunities in the middle.

InfraRed’s investment in RedBox has enabled further development of our technology and logistics platform. The InfraRed team also provided significant value through their wealth of knowledge relating to the wider real estate market.

To buy or not to buy. Even in the core markets, institutional investors have a hard time competing against dominant local landlords, who generally treat real estate as a commodity and prefer shorter leases to drive rental growth and value prior to a re-trade. This can cause a misalignment of interest between an operator and his landlord. The alternative is to acquire the underlying property, which safer for long-term control but not without its own issues.

In Hong Kong and Japan particularly, and some other countries, the quantum of equity required for such investment is significant. This, coupled with the relatively alien concept of strata-title ownership and government intervention to curb leveraged property investment, means there isn’t a clear-cut path.

It takes months to find a customer … and seconds to lose one! General marketing and product awareness are driving factors of growth. Community penetration and the overall education as to the value of storage in our day-to-day lives is slow to evolve. The reason is the disparity of the market. Hong Kong is highly fragmented, with 99 operators managing 415 facilities. Of these, 60 percent only have one branch and 90 percent have less than 2.5 percent market share, according to proprietary market research RedBox conducted in January.

Therefore, balance sheets that can sustain widespread and consistent marketing are limited. This has resulted in the slow evolution of the industry as compared to markets like the U.K. or U.S. that have bigger nationwide operators. To address this issue, RedBox places value on employee partnerships, extensive referral programs and community engagement. 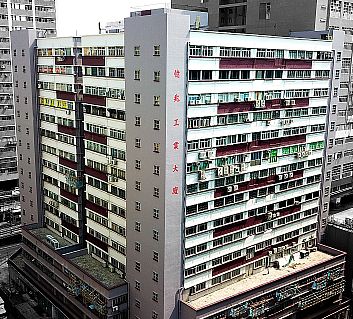 The major problems stem from the fact that self-storage has evolved quicker than the overriding property regulations. In Hong Kong, it isn’t yet a recognized “sector” in the building or fire-services code. The regulations that govern their fit-out were extracted from interpretations of existing statutes in comparable, but not equivalent, sectors.

This issue came to the world’s attention in 2016 when a devastating fire at a Hong Kong facility caused the death of two firefighters. The cause is still under review, but its impact was to highlight the sector’s inadequate regulation and governance.

My company has worked closely with the Self-Storage Association of Asia and other industry leaders to negotiate a general code of practice to be retrospectively applied alongside other key stakeholders and governing bodies. This uncertainty and expense have resulted in fluctuations in the supply levels across the region and is the driving force behind market consolidation.

When compared to the U.S. market, Asia is well behind in terms of maturity and saturation. That said, the underlying markets support exponential growth. Of the world’s 30 largest cities, 21 are in Asia. By next year, Asia will be home to half of the world’s middle-class population, according to “The Asian Century Is Set to Begin,” a March article in “Financial Times,” a daily newspaper.

These factors, compounded by general undersupply, restrictions on land availability, high residential pricing, dwindling industrial supply and reduced living spaces will contribute to material demand in the industry over the course of the next decade. In Hong Kong, the added impact of a solidifying regulatory environment will herald a new generation for self-storage, characterized by the emergence of market leaders and further innovation.

Simon Tyrrell is the founder and CEO of RedBox Storage Ltd., which operates five self-storage facilities in Hong Kong. He previously qualified as a Chartered Surveyor in the U.K., and moved to Asia in 2001. Founded in 2014, RedBox also offers valet-storage and moving services. For more information, visit www.redboxstorage.com.hk.

The Gorilla in the Room: What It’s Like to Pioneer Self-Storage in Vietnam
Jan 22, 2020