Building a Self-Storage Empire in the Philippines: StorageMart Founder Makes His Mark

Howard Sy, the grandson of a retail tycoon, eschewed the family shoe business in the Philippines to build his own self-storage empire. In this interview, he offers insight into his decision to enter the market, the challenges he’s faced and his plans for the future. 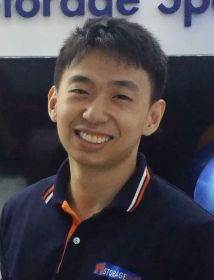 Howard Sy, the grandson of a retail tycoon, eschewed the family shoe business in the Philippines to build his own self-storage empire. The 28-year-old entrepreneur opened his first StorageMart PH facility in Makati last year and already has plans to develop a second location in Bonifacio Global City, a financial district in the Manila metro area. In this interview, Sy offers insight into his decision to enter the market, the challenges he’s faced and his plans for the future.

You have an interesting background. Tell us about yourself and your storage company.

Ever since I was young, I’ve always wanted to start my own business. I knew one way or another I was going to make it happen. I initially worked for Macquarie Funds Group, which had a fund that invested in local infrastructure. This provided me the right foundation and work ethic, and a good amount of seed capital for my first business.

One afternoon, I was watching the show “Storage Wars” with my family and it hit me, “Is there a market for self-storage in the Philippines?” After a bit of research, I saw there was, and that’s when StorageMart PH was born.

The way I envisioned StorageMart was to replicate how self-storage is done overseas and offer the same quality of service locally. I would like my business to be on par with what’s accepted as the international standard, and for it to be the benchmark for quality self-storage in the Philippines rather than a cheap local imitation.

We have one facility that’s been open for about nine months, and we’re looking to open our second facility in a month or two. Hopefully, we’ll open a couple more within the next year.

Just to clarify, StorageMart PH is in no way affiliated with the international StorageMart. They are definitely a company I would aspire my company to become. It was really just by chance that I thought of the same name, which is more of a tribute to my grandfather, Henry Sy Sr., and his legacy, ShoeMart. Without him, I wouldn’t be here today.

What were some of the challenges you faced in opening your facility?

The biggest challenge I had was the lack of expertise in self-storage. I had no knowledge or experience with the industry, and there weren’t many experts in the Philippines. Most of the knowledge I have now is simply from online research, discussions with international consultants and personal experiences.

The next challenge was the lack of public familiarity with the industry and the service. There’s a significant lack of product awareness in the Philippines. A lot of customers weren’t familiar with self-storage service and didn’t even know it existed. A lot of marketing expenses will be for industry awareness.

Another issue is customers have this stigma that they think storage should be dirt cheap since it’s just for storage of their non-important items. They initially weren’t willing to pay for quality because, in their minds, they didn’t know how much better a storage can be as compared to what’s already in the market. We plan to change that stigma by offering quality service in convenient locations.

The last major challenge was the lack of available cheap and accessible space. The lack of land for new construction will hinder expansion. Looking to convert office buildings also doesn’t work well in the Philippines. We don’t have many prime industrial buildings. Most of them are office buildings meant for business-processing outsourcing, so many don’t fit the required load capacity for a self-storage facility.

The Philippine market is nothing like how it is in the States. We’re ridden with traffic, which makes a 3-kilometer drive take more than 30 minutes. This makes situating your facility in an accessible and convenient location all the more important. It took me roughly two years to find my first location, and it continues to be difficult to find feasible locations for expansion.

Looking back, what would you have done differently?

I would have avoided cutting costs on things I thought I didn’t need. There’s some truth in the saying “You get what you pay for,” and I’m beginning to notice the difference after nine months of operating. Sometimes, it really is better to pay the premium to ensure durability for items that will constantly be used or are integral to the business.

What do you predict for self-storage in your country?

Self-storage in the Philippines will slowly grow. There’s definitely demand right now, but nothing compared to how it is overseas in the States and in other Southeast Asian countries, where storage has bloomed. The Philippines is also plagued by many capacity constraints that hinder storage from blossoming.

The development of the industry has noticeably sped up ever since we entered the market. This is due to the fact that we made a lot of effort to market the business and bring it into the spotlight. I feel it’s slowly bearing fruit, as many more developers are looking into self-storage. I’m also beginning to see a lot of other existing storage companies ramp up on their marketing.