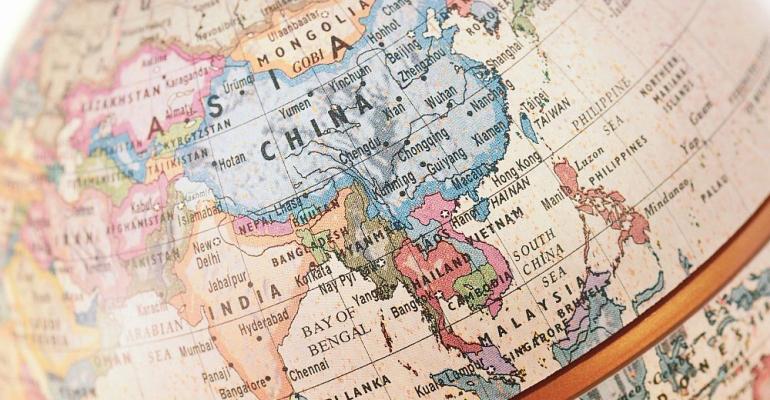 Self-storage has been hailed across the globe for its ability to outperform other real estate assets, and the same is true in Asia. Read how the industry has fared through the pandemic and why operators and investors are bullish on the growth and opportunities that lie ahead.

Around the world, self-storage is outperforming every other real estate asset class, and it’s no different in Asia. Across the continent, from Japan to Jordan, operators and investors have locked in profits and are planning for growth. This is reflected in the latest annual survey conducted by the Self Storage Association Asia in partnership with investment-management firm JLL (Jones Lang LaSalle).

Each year, the survey measures a wide range of industry issues and forward-looking sentiments. It covers the marketplace from a macro-economic level, examining demand drivers and investment trends. The new report shows how Asian economies are moving toward a post-COVID footing and delves deep into key metrics, offering a sense of momentum when compared to a year prior. It also received dramatically increased participation in 2021 from Japan, home to the continent’s biggest and most mature self-storage market.

Progress is evidenced by interest from major investment firms such as Angelo Gordon, Blackstone Real Estate Partners, Heitman LLC and Warburg Pincus LLC, which have been active in the region for some time. More deals are in the process of closing, and announcements are expected to come fast and furious this year.

Let’s take a closer look at the state of the Asia self-storage market.

COVID-19 hit various nations at different times and with varying levels of ferocity. Government responses also fluctuated, with some countries choosing the “live with it approach,” while places like China and Hong Kong pursued “dynamic zero COVID” policies. Some had total lockdowns through which the self-storage industry fought to be recognized as an essential business. In other places, it was “all systems go” all the time. As a result, the pandemic impact has varied throughout the continent.

Still, the overall story has been one of evolution. Across Asia, self-storage operators of all sizes and in all markets have grown, renovating old facilities and planning new developments. In Hong Kong, several companies expanded existing sites by doubling floor space, while some in India made plans for second, third and fourth locations. One operator even had a hugely successful turn on the Vietnamese version of global television sensation “Shark Tank.” Judges showered the valet and self-storage concept with praise and made opening offers of investment during the show.

Customer use. In terms of market penetration, self-storage use still leans heavily toward personal vs. commercial use. The highest levels of business use are seen in Malaysia and Thailand, according to the survey. In fact, 40% of self-storage use in Malaysia comes from business customers. This has been driven by savvy young operators who have targeted small-scale, e-commerce retail businesses, the owners of whom are often in the same age group and still in university when they launch their own ventures.

Unit size. Even in culturally similar places like Taiwan and Mainland China, there are wide variations in unit size. For example, about 70% of units in Taiwan are less than 20 square feet, while in China, extra-large (60-plus square feet) and medium units are much more common.

Climate control. Specialty services can vary greatly from country to country. About 80% of facility space in Hong Kong, Mainland China and Vietnam is climate-controlled. In contrast, that number can be as low as 30% in markets like Malaysia and Thailand, even with their humid, tropical environments. Even equatorial Singapore is only about 50% climate-controlled.

Occupancy. This has improved throughout the region in recent years, climbing to more than 70% in all measured jurisdictions except Mainland China. Hong Kong, Japan, Malaysia and Singapore all reported more than 80% occupancy, a marked increase.

Rental rates. Understanding pricing trends required some deep analysis of this year’s survey results. Though a first glance suggested that monthly rates were steady or declining in some markets, much of the dip came from the appreciation of the U.S. dollar against local currencies. This year’s sample also increased the number of reporting facilities beyond the most premium parts of the industry. When weighed against these factors, a careful look suggests that rates have been strengthening, particularly when compared to same-store results.

Add-on profit centers. The survey findings also suggest that Asia self-storage operators have an opportunity to increase profitability by adopting value-add products and services that are common on other continents. Offerings such as tenant insurance, co-working space and retail offerings make up less than 2% of total revenue for 50% of Asia operations, while they comprise more than 12% of revenue in the United Kingdom.

Technology. The use of artificial intelligence to power dynamic pricing has arrived, beginning in Japan. Online space calculators are being tested by market leaders looking for an edge. Energy-saving technology is also available, including rooftop solar panels, which are spreading from Dubai to Singapore. Biometric and smartphone-operated electronic locks are about to make their debut as well, with potential to become the industry norm.

Financing. While most Asia self-storage operators are self-funded, local and international finance sources have caught on to the promise of the industry in this region and are getting in on the action. These lenders are diversifying as the industry becomes more professional, moves up the value chain, and benefits from an increasingly aware consumer base eager to store their belongings.

Ownership vs. leasing. Overall, leasehold properties are still very common in Asia. For example, Japan has very high rates of leasing, often of smaller spaces. Though China has some of the highest rates of ownership, along with Singapore and Taiwan, owned premises are the minority in many markets.

That said, a change may be afoot. Deals pursued by Blackstone, Warburg Pincus and other large investors are altering the face of the self-storage industry. Even in Hong Kong, where the purchase of whole buildings has been considered prohibitively expensive, transactions are being driven by the major investment players as well as facility operators like Storefriendly and StorHub.

The association and JLL survey revealed that most Asia self-storage operators are bullish on growth this year. In fact, about 79% expect to see it in the short to medium term. This is up from 58% the year before, which demonstrates improved morale regarding market prospects. Even better, 84% indicate they expect rental growth over a five-year horizon.

Profitability expectations are also on the rise. According to the report, respondents “with a positive rental-growth view tend to show an even more positive view vis a vis their profitability outlook, which is a textbook example of an industry with high operating leverage. In other words, given self-storage’s high proportion of fixed costs to variable costs, operators expect to earn more per unit rented as they improve occupancy.”

All in all, the 2021 survey results point in one direction: up. Self-storage is on a strong positive trajectory in Asia, and many investors are eager to enjoy the ride.

Andrew Work is executive director of the Self Storage Association Asia, which is dedicated to helping self-storage operators, investors and suppliers who work in and are interested in the region. Among the group’s offerings is the annual Self Storage Expo Asia. For more information, email [email protected].