A Young but Blooming Self-Storage Market in South Africa

The South Africa self-storage industry is still very young, but its future is bright. The manager of Bloem Self Storage in Bloemfontein shares his observations on consumer awareness, development, rental rates and more. 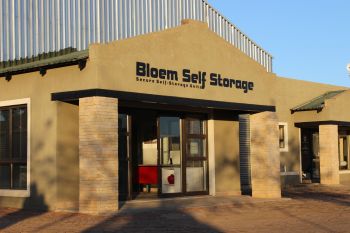 The South Africa self-storage industry is still very young. Though there are some major players, they mostly operate in the region’s six biggest cities: Bloemfontein, Cape Town, Durban, Johannesburg, Pretoria and Port Elizabeth. When you drive through smaller cities or towns, you do notice smaller “one-man-operated” sites; but the local population is largely uneducated about self-storage, and most view facilities as small, out-of-town places to store goods.

One reason is the industry hasn’t been property marketed. You can find very little information online about self-storage in the region. Possibly another reason is many owners only build a single site to fund their own retirement.

The facility I manage, Bloem Self Storage in Bloemfontein, South Africa, opened 10 years ago as one of the area’s first purpose-built storage facilities. Following are my observations on the local market, including its trends and challenges.

A big challenge we face in South Africa is crime and the public’s perception of self-storage safety. Bloem has a guard at the gate to monitor anyone coming in and out. The property also includes a number of basic security features such as electric fencing, video cameras, and, of course, vigilance from all staff. We’ve minimized the crime risk of which so many people are afraid. The public will understand this better in time as more people use storage and refer their friends.

We’d like more people to be educated about self-storage. To achieve this, my company maintains a well-populated website. We don’t do a huge amount of advertising, as the facility is well over 90 percent occupied. Bigger companies do more marketing and education, so over time, people will take more notice of the industry.

Most storage developments in the area are by bigger companies and are generally concentrated in cities with airports. Distances are vast in South Africa so, for now, it doesn’t look like the big players are willing to break into the smaller towns. Another reason for this is the cost. It’s too expensive to build in a smaller city, which has a lower yield and rental rates. Staffing would also be an issue, as area managers would need to drive the long distances between facilities every month.

When looking at facility design, smaller ones tend to stick with brick and mortar. This might be done out of habit, even though there are other options these days. Another reason is it can be expensive to import new materials. Some of the newer options I’ve seen used include polyvinyl chloride and light-gauge steel-frame construction. Many developers are also choosing to incorporate green elements, such as solar panels and features to reuse rainwater for irrigation.

South African customers are looking for several things when they seek storage. Price and security are at the top, followed by location or convenience of entry, and flexible access hours.

I recently completed a study of rental rates across South Africa’s provinces, minus the six biggest cities. From north to south and east to west, most facilities charge roughly the same price for an 18-square-meter unit, with the rate ranging from R700 to R800. The average yield is around R48 per square meter. The reason I didn’t look at “the big six” is because there’s a huge variance in price—anything from R600 to R2500 per month—which would make a huge difference in the average yield.

I wouldn’t call it a trend just yet, but there are some storage facilities being built with garage-style units. What do most people use their garage for? They might use this space as an office or “man cave,” or for band practice, car maintenance or a place to work on hobbies. In America, this is called “condo storage,” but it’s a very new concept in South Africa.

A storage business that offers this unit style recently opened in Pretoria. The facility offers 200 units, which sold out fairly quickly. For now, I just can’t see this trend becoming widespread in the country, apart from some of our big cities—at least, not yet.

The South Africa self-storage industry still has a long way to go in terms of public awareness. Each store owner and manager should take on the responsibility to educate the public as much as he can through advertising and networking, especially with potential new customers. In the end, it will benefit us all.

I believe the future is bright for our self-storage market, especially when looking at the local building trends. New residential developments seem to be smaller than a few years ago, yet people are acquiring more “stuff.” People don’t stay in one job for too long and often move between cities, which also creates a greater need for storage. For these reasons and others, the South Africa storage industry will continue to grow.

Heinrich du Plessis is the manager of Bloem Self Storage in Bloemfontein, South Africa. With a background in the hospitality industry, he’s been involved in self-storage since 2011. Bloem opened 10 years ago as one of the area’s first purpose-built storage facilities. The family-owned and -operated business plans to expand in the near future. For more information, visit www.bloemstorage.co.za.