Self-Storage Sets a Foundation in Africa: A Young Market Matures and Stabilizes 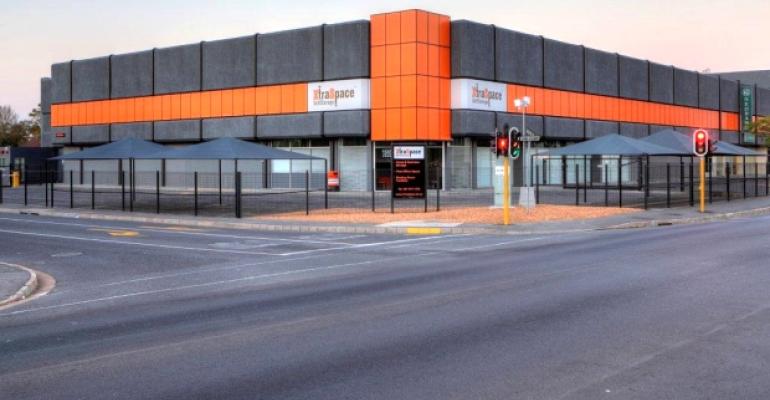 Africa, the youngest sibling in the international self-storage industry, has begun the exciting transition to adulthood, with demand high and consolidation in process.

Africa, the youngest sibling in the international self-storage industry, has begun the exciting transition to adulthood, with demand high and consolidation in process. Better-established operators, such as Stor-Age Self-Storage and XtraSpace Self Storage, are reaping the benefits of strong demand, while a tidal wave of technological growth works to inform customers and solidify the industry.

South Africa has about 70,000 self-storage units with an average occupancy of 80 percent, according to “HearOnEarth,” a blog by local freelance writer and researcher Matthew Campaigne-Scott. The Self Storage Association of South Africa claims the local industry is the fifth largest in the world. The supply of standard, garage-type units can't keep up with the demand, says Chris Harburn, owner of Giba Storage, a facility that opened in 2011 in Durban, in the KwaZulu-Natal province.

The continued enlargement of cities is a huge contributor to the industry’s growth, adds Abri Schneider, CEO of XtraSpace, which owns 17 facilities. "The urbanization and densification process happening in our country contributes positively to create strong demand," he says.

This year Xtraspace opened three new locations and purchased a former Toys R Us building in Durban it plans to convert to self-storage. The planned 600-unit facility, the company's second in the area, is close to King Shaka International Airport. It will include a business center with flexible offices for small companies, a meeting room and hot-desk facilities, a pool of desks that can be occupied as needed. It will also offer free WiFi and a courier depot operated by Parceljet Couriers. The success of the company's first Durban facility, which opened last year, has been a great success, giving the company confidence for the next one, according to Colleen Hunter, chief operating officer. 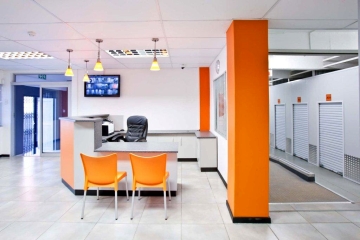 The joint venture has produced 12 operating storage facilities, with nine under construction and an additional nine in the process of acquisition. The facilities will be rebranded under the Stor-Age name, according to Paul Theodosiou, Acucap’s managing director. Stor-Age operates more than 20 facilities throughout South Africa, with its corporate office in Cape Town.

In September, Stor-Age completed its acquisition of eight facilities in the Pretoria area from Public Storage, a South African competitor that is unaffiliated with the U.S. real estate investment trust with the same name. Stor-Age initiated the purchase in May and will rebrand the properties under its trade name.

The portfolio comprises 63,000 square meters of storage space with another 17,000 square meters approved for development. "We've been in discussions with Public Storage for some time, and we are pleased to have concluded this deal,” said CEO Gavin Lucas. “Together with our presence in Centurion and our high-profile, ‘big box’ self-storage facilities being developed in Brooklyn and Six Fountains, the newly acquired eight-property portfolio will provide Stor-Age with a significant and well-established trading platform in the Pretoria region."

The industry is also beginning to consolidate. Institutional businesses are becoming the cornerstone of self-storage in South Africa. Funding from banks is limited to larger-scale operators as lenders become accustomed to the business model, Schneider says. "The process of consolidation has begun, moving the sector away from a mom-and-pop industry to an industry with solid institutional demand.”

Slowly but surely, the self-storage market has also expanded into other African regions. Botswana, on the north border of South Africa, hosts Storage Solutions, which began in 2003 and operates two facilities in Northern and Southern Gabarone. Store All Secure Self Storage is in Namibia, which is on the west coast next to Botswana. Kenya, which sits on the equator on the east African coast, hosts Cube Movers in Nairobi and Mombasa. Rebiana Construction/Kirby Building Systems is a self-storage developer in Tripoli, Libya, which is on the northern coast of Africa near the Mediterranean Sea. 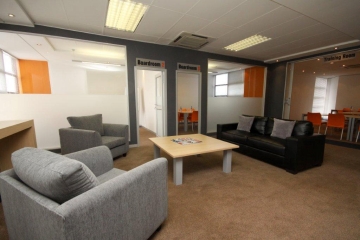 As a high-demand and young market, Africa still falls behind in the number of self-storage facilities offered, Harburn says. South Africa in particular is lacking in available buildings for conversions and affordable land for new construction. These deficits are hurdles for continued growth.

Competition among operators is also on the rise. Local customers are better-informed about the services and remain price-sensitive. “The market will start resisting above-inflationary rental increases, as the pricing policies of many operators were too loose,” Schneider says. “The focus on offering value in the mind of the customer will be key."

The self-storage market continues to expand and mature, supporting larger businesses and finding footing as an industry in Africa. As this happens, developers and operators must keep in mind the caliber of their facilities and the desires of their customers. "Storage operators need to focus above all on providing high quality and value," Schneider says.

Molly Bilker is a journalism major at Arizona State University (ASU) in Phoenix. She is part of ASU's Barrett, the Honors College, and is completing a minor in Spanish. She comes from an arts-focused middle and high school with a creative-writing background. She actively participates in the arts, including creative writing, guitar and vocal music, theater, photography, ballroom dance, drawing, and film. To reach her, e-mail [email protected]