The Next Market Cycle for South Africa Self-Storage: Insight From an Industry Operator

Self-storage operators in South Africa saw little growth over the past year. Rental rates have flat-lined, few new developments are under way, and the industrys image suffers due to the existence of some poor-quality, low-cost projects. Market consolidation and the emergence of new, higher-quality facilities will help the industry reach the next market cycle.

Self-storage operators in South Africa saw little growth over the past year. Rental rates have flat-lined, few new developments are under way, and the industrys image suffers due to the existence of some poor-quality, low-cost projects. Market consolidation and the emergence of new, higher-quality facilities will help the industry reach the next market cycle.

The South African economy is in its second year of a recovery from the recent severe recession, however, there are few signs of acceleration in the underlying growth rates. While economic conditions have improved, these are anything but boom times for the S.A. economy or its property owners.

That said, the drawdown in the S.A. property market wasnt as deep as that in other regions. Vacancies have gradually picked up in the office and industrial marketsmore in the office market than anywhere else. Prime retail assets have been stellar performers, whereas secondary retail locations have underperformed. The impact has been limited new supply in the office, retail and industrial sectors.

It has been a slow grind for South Africa self-storage operators, in both vacancies and rents. 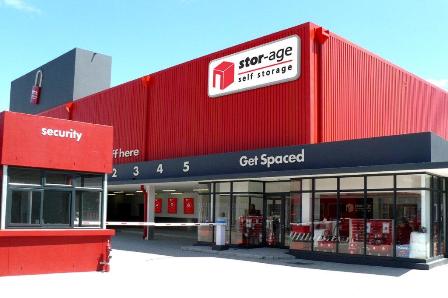 The South Africa self-storage market is still in its infancy20 to 25 years behind the U.S. market and 10 to 15 years behind the Australian and European markets. While the industry is starting to see the first signs of market consolidation in certain cities, overall, it's still dominated by poorly located, low-cost, low-quality facilities. Combined with a lack of professionalism, sophistication and public awareness of the benefits, self-storage still has a way to go before it reaches the next stage in its development lifecycle.

The South Africa self-storage market grew from an estimated 120 facilities in 2007 to approximately 220 facilities in 2010, with a lot of that development occurring during 2007 and 2008, largely in Johannesburg and Pretoria. This growth was characterized by a many poor-quality facilities developed on the urban edge or in typical farm-type locations. I estimate that of the 220 facilities, less than 25 percent could be classified as quality third-generation stores, with the significant majority being single-story operations.

Recently, the industry has seen an increase in conversions of industrial space. However, these are being poorly executed, with little attention paid to the location of the property and the overall safety, look and feel.

Consolidation and a New Player

The Stor-Age stores have traded well and attracted significant attention. Their operators strive to raise the profile and awareness of the self-storage product. Since its success in Cape Town, the company is rolling out new facilities in areas including Durban, Johannesburg and Pretoria. 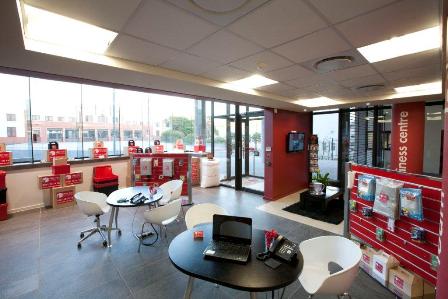 Over the last few years, established operators who trade in quality locations have continued to raise rental rates to desired levels and maintain targeted occupancy levels. It has been tougher for operators in secondary nodes. Occupancy levels have generally been maintained, but at the expense of any meaningful rental-rate growth.

Looking forward, I predict a marked slowdown in the overall growth of new self-storage properties in the next few years. The number of quality facilities coming online will be consistent with prior years. It will be the emergence of two to three dominant players in the South Africa self-storage market that will have the keys to long-term success. Their success will be driven by the quality of their properties and the strength of the operators and the brands managing those portfolios.

Gavin Lucas is the founder and CEO of SASSI Self Storage Group in Cape Town, South Africa. The company has a portfolio of 20 facilities under the Stor-Age Self Storage brand name. For more information, visit www.saselfstorageinvestments.com .