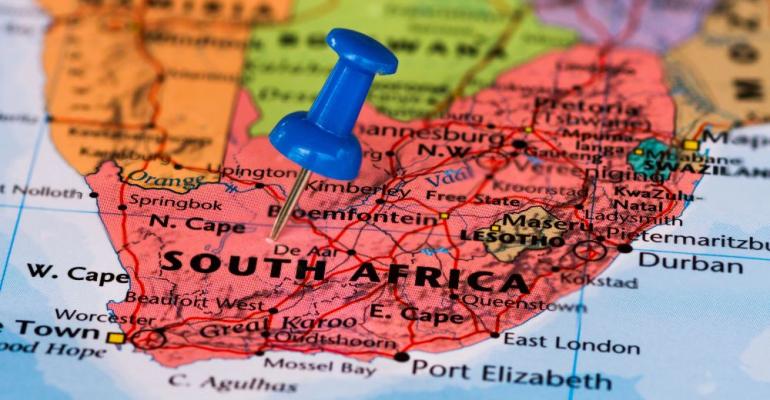 Like many young industries, self-storage in South Africa faces obstacles. Fortunately, an increase in demand for the service is still driving growth. Following is market insight from the co-owner of Lock Up Storage in KwaZulu-Natal.

In 1998, my dad and I started participating in a lesser-known sport called freeride jet skiing in our hometown of Durban, South Africa. Little did I know, at just 12 years old, that this would lead us to open a successful self-storage business one day.

By 2001, we traveling to competitions around the world; and in 2005, we went to one in California, which is where we first learned about self-storage. The local sponsor with whom we stayed sent us to collect his motorhome from a storage facility. At age 16, I really didn’t think much of it; but my dad’s eyes lit up with exciting possibilities. He said, “James, we’re going to do this at home. It’s brilliant!” I replied, “It’s absolutely the worst idea you have ever had and will certainly never work in Durban.” Boy, was I wrong.

Jimmy Visser quickly moved to establish Lock Up Storage, and I joined later to help manage the day-to-day business. To my surprise, self-storage really took off! We’re currently the largest owner-operated storage company in the KwaZulu-Natal province, with four facilities, including a newly opened location in the Cornubia Mall in Umhlanga. The following offers a glimpse of the industry in our country, including how it was impacted by the pandemic and what comes next.

Self-storage started in South Africa mostly with individual property developers who saw industry success in the United Kingdom and United States. By finding large, cheap parcels of land to build drive-up units, they generally rented up in phases over a few years.

The industry then became dominated by two major players: real estate investment trust Stor-Age Property REIT Ltd. and XtraSpace Self Storage, each with locations countrywide. Both acquired, built and converted at a rapid rate to solidify the market. Though most provinces have multiple independent facilities, the standout markets are dominated by these two national brands. However, both are accommodating and helpful to owner-operated facilities and assist greatly with standardizing and marketing the industry.

The local industry has been relatively stable since the pandemic began. Most facilities experienced an increase in demand as businesses needed space for stock they couldn’t sell, and large portions of the population had to downsize their homes. However, the unstable economy did make most facility owners nervous about taking on expansion. Though occupancy rates have been good countrywide, there have been few new developments. 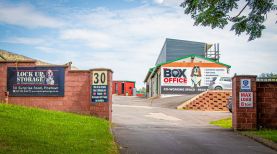 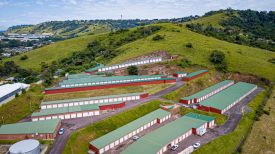 Lock Up Storage in Pinetown, KwaZulu-Natal

The major obstacle to growth is financing. Unfortunately, due to the month-to-month nature of our lease agreements, most national banks find self-storage to be risky. Even with years of consistent history, owners still have difficulty acquiring loans for new projects. Either they have an investor partner who can put up the capital, or like my father and I, they get financing off a different property that carries less risk. This forces us to keep a large factory or warehouse within our portfolio to use as collateral.

Once a self-storage facility is open in South Africa, advertising is the next major headache. We don’t yet have a commonly used and respected third-party aggregating website here, and it’s every man for himself. Most facilities aren’t visible on major transport routes, and operators end up spending large sums on advertising such as billboards, radio campaigns and Google Ads. It can make the industry unappetizing for newcomers. 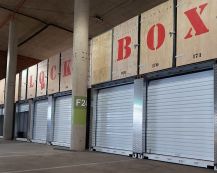 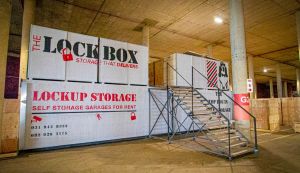 Lock Up Storage in Umhlanga, KwaZulu-Natal

Even so, South Africa does have a solid client base, and the self-storage industry has evolved, especially over the past year. With a less-than-strong economy and unemployment sitting around 30%, our nation has always been highly entrepreneurial. Many people start their own small businesses, which is great for self-storage. There’s always a steady supply of customers looking for space to store stock or equipment.

Throughout the pandemic, South Africa has been in and out of lockdown, which has affected our small-business clients to a great degree. Many have had to move out of our facilities. Some have gone out of business entirely. Luckily for us, lockdowns also led many residents to downsize, causing an influx of clientele looking to store excess household goods.

The South African self-storage industry is full of opportunities for the innovative operator who’s willing to go the extra mile in customer service. Our renters are looking for cost-effective, convenient storage. This opens avenues for new facilities with creative construction methods, facilities on rented land or in rented warehouses, and unmanned (automated) sites. There are even whispers of owner-operated sites coming together to create an aggregator website for the country.

I’m enthusiastic about self-storage in South Africa! Going forward, I anticipate that conventional self-storage facilities will be stable, with perhaps a few major cities seeing a little growth. The price and location sensitivity of clientele will become our driving factor, making facility placement and capital costs crucial. However, the need for storage space will never cease. Service will play a greater role as facility standards normalize. Innovation will be key for expansion, but it’s exciting and fun!

James Visser and his father, Jimmy Visser, own Lock Up Storage in KwaZulu-Natal, South Africa. They have four facilities totalling 140,000 square feet of rental space. To reach them, email [email protected].