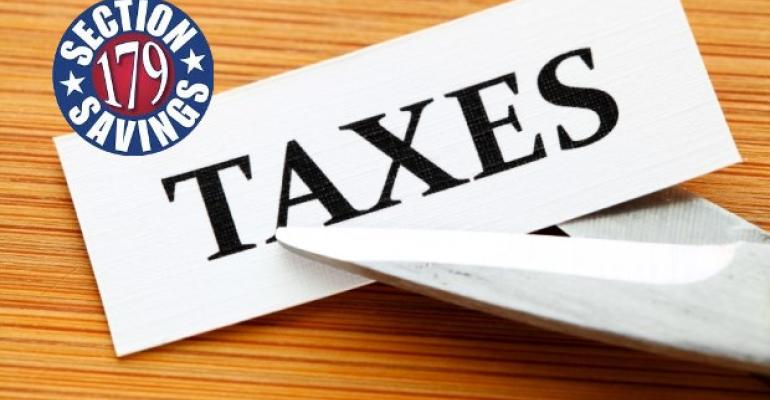 IRS tax code Section 179 allows you to deduct the purchase or lease price of self-storage technology (hardware and software) that is paid for or financed during 2014. To qualify for the deduction, your equipment must in operation by Dec. 31, so if you want to take advantage of these savings, now may be the time to start implementing your new tools.

Earlier this month, my company released an announcement to remind self-storage owners of the tax savings available under IRS tax code Section 179, which allows you to deduct the purchase or lease price of technology (hardware and software) that is paid for or financed during 2014. The allowance is also very useful when you’re using cost segregation and your property is not "original use."

One of the biggest deductions available to small businesses, the tax act effectively reduces the cost of purchases by 35 percent. However, to qualify for the deduction, your equipment must in operation by Dec. 31. If you want to take advantage of these savings, now may be the time to start researching and making arrangements to implement your new technology.

Which products qualify? In our case, both our INSOMNIAC self-storage kiosks as well as our automated INSOMNIAC ILock access and security system qualify for additional tax deductions under Section 179.  The kiosks range in price from $1,500 to $18,000, so you can save as much as $6,300 under the code. The cost of the ILock system depends on the number of doors it operates, so the savings will vary.

Section 179 was created as part of an economic-stimulus package in 2008 to encourage business spending. Although it can be used by large businesses, the original intention was to provide tax relief and incentive for small enterprises. Section 179 is your portion of the government bail-out.

Since the introduction of Section 179, a total of five stimulus acts have generously extended and enhanced the tax incentive, increasing the deduction limits. For example, thanks to the American Taxpayer Relief Act of 2012, also known as the “fiscal-crisis bill,” the deduction limit for 2012 and 2013 was $500,000, with a limit on capital purchases of $2 million and a bonus depreciation of 50 percent.

That act expired on Dec. 31, 2013, but on Jan. 1, 2014, the U.S. House of Representatives voted to save a handful of tax extenders for small business. As a result, expensing levels under Section 179 were reduced from $500,000 to $25,000. Even so, speculative modifications are being forecasted to raise the limit to post-recessional levels, to incentivize larger companies.

Many self-storage owners have taken advantage of Section 179, but there are some “hooks” that some will discover too late. The incentive is a great way to purchase equipment (often with debt) and offset income for tax purposes, but there are some limitations:

As you can see, there can be great benefits to taking advantage of the Section 179 deduction.  However, it’s important to assess how the changes will impact your options and plan accordingly.  To learn more, visit www.section179.org or contact your personal accountant.